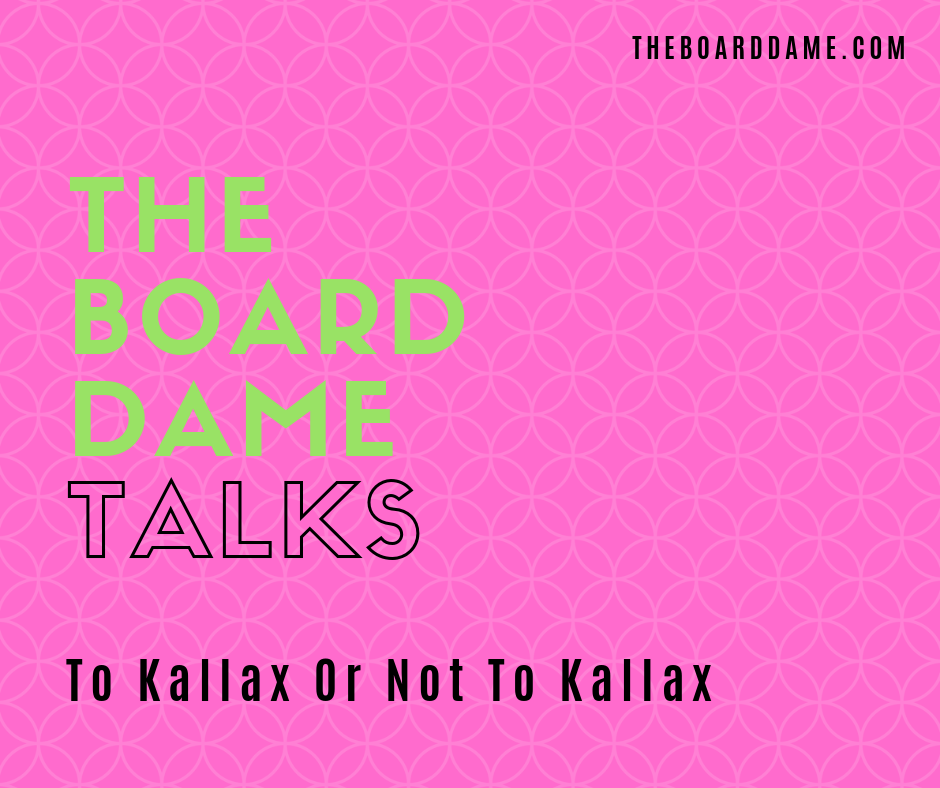 This is the preferred shelf for gamers. Before my modern gaming days, I owned many a Expedit shelf, (the Kallax predecessor). Their perfect cubes, modern look, reasonable price, and colour options were an instant buy for me. For years I loved finding new ways to display stuff in their cubbies. I stored books, vases, dvds, and eventually as my gaming collection grew, more and more games took over.

This is where my issues with Expedit/Kallax really started to be more of a burden than the pleasure I once got from them. Every new acquisition was a game of tetris to make games fit. I’d be standing in front of my shelves saying, okay, I need a game that is 1/2 inch larger, and this one needs one that is a skinny game. Then the swap would happen. This would happen OVER AND OVER again until all the games were tightly snug into their cubbies.

The other option of course is leaving space on the side. As a vertical stacker, this was always a problem. I did my best to baggie most thing, but still, the lids would open and shit would fall out, particularly cards. Not that vertical stacking is ever easy with any shelves. Then there’s the matter of smaller games being stacked in rows, above each other, etc.

Flash forward, 8 years of playing games, and I was on my way to get my third large Kallax shelf when I asked myself why? Were these shelves, the gamers choice, the shelf I was expect to have as a gamer really as good as everyone is led to believe.

Then I looked at other options. I didn’t look far, because who wants to give up a trip to Ikea? I mean, I’d make that trip for the hot dogs alone.

In comes the Billy. Billy seems like a nice guy, maybe give him a chance? Sure, he’s cheaper, and not as modern, but that doesn’t make him bad. In fact, I kinda like my lads with less pretension. At 50 bucks canadian a pop for a tall shelf, I didn’t even have to think about it. It was less than half the cost of a Kallax, took up less space, and was modular. Worth the risk? I think so!

I take Billy home on our first date. I mean, how do I know if I want to keep him forever if I don’t give him a go? Hahah.

I take Billy out of his wrapping, and start my work on him, he’s tall and sturdy and easily conforms to what I need from him. Now there’s a good boy! All jokes aside. I am seriously so much happier with Billy than I ever was with Kallax/Expedit.

The tetrising of games is almost none because it’s one long shelf, not 16 individual cubes that need arranging. The shelves are modular, so I can set them to the height I need for different sizes of board games. There are a few different standard heights for games, so it was easy to arrange them all onto the same shelf. All my big boxes easily fit horizontally, I didn’t have to stack them all precariously on top of the Kallax like I used to, risking a head injury each time I took them down.

The biggest bonus for me was the space saving. You really don’t realize how much wasted space comes with a Kallax until you find something better. Because of the cubbies, each and every one will have a significant amount of wasted space. Either on the side, sometimes only a half an inch, but multiply that by 8, 16, or more cubbies and that’s a lot. Then we have the depth of the Kallax. They are about 4 inches too deep for many board games. While this isn’t always noticeable, I would spend time constantly arranging the games, pulling them forward as they would get pushed back each time I’d return a game, or when my niece decided it would be funny to shove them all to the back.

Now, the Billy isn’t perfect. He’s a little on the shallow side. You can either live with a little overhang on your games, or you can do what I did and leave the back of the shelf off. It didn’t really reduce the stability of the shelf, or at least not that I’ve noticed, and I just keep the shelf about a half inch out from the wall and push the games all the way back. Which also nicely solved my issue of games being pushed back with the Kallax.

You might be wondering how much space I actually saved. Well, I had 3 of the 4×4 Kallax full. I’ve managed to condense that down to 3.5 Billy’s. But wait, Jenna! That’s more shelves! Well, yes,  but they are less than half as wide as the 4×4 Kallax. I didn’t do the math, but that’s a lot of floor space saved. The extra 4 inches also gave me a bunch more space for the chairs around my table.

Overall, I have to say that I am way happier with Billy than I ever was with Kallax. All this to say, don’t always buy into the hype. Especially when they require twice the amount of space and money.

If money and space isn’t an issue for you, and you like how the Kallax look, I get it, they are pretty, but in the end, not practical, then by all means, but if you’re looking into getting some new inexpensive shelves, know there’s other options out there.

Outside of Ikea, you’re on your own, like I said, I haven’t really explored much in that way, because I love going there. Though I do know that Walmart does have the Billy and Kallax versions for about the same price, maybe a tad cheaper. So if you don’t have an Ikea, check out your local Walmart or support local if you have the means.

What shelves do you use? If you went with the Kallax, why? Are you finding them to be as annoying as I did for games?