“The Brook City Police Department needs the best of the best to clean up the streets of this once peaceful metropolis. So here’s your gun and badge…get to work, officer.“

Brook City is a 1-4 player cooperative miniatures and dice rolling game designed by Adam and Brady Sadler, published by Blacklist Games with artwork by Henning Ludvigsen.

I was so excited at the prospect of playing this game. It looked amazing. The artwork, the map, the different minis, and of the short videos I saw, the game play seemed fun enough. 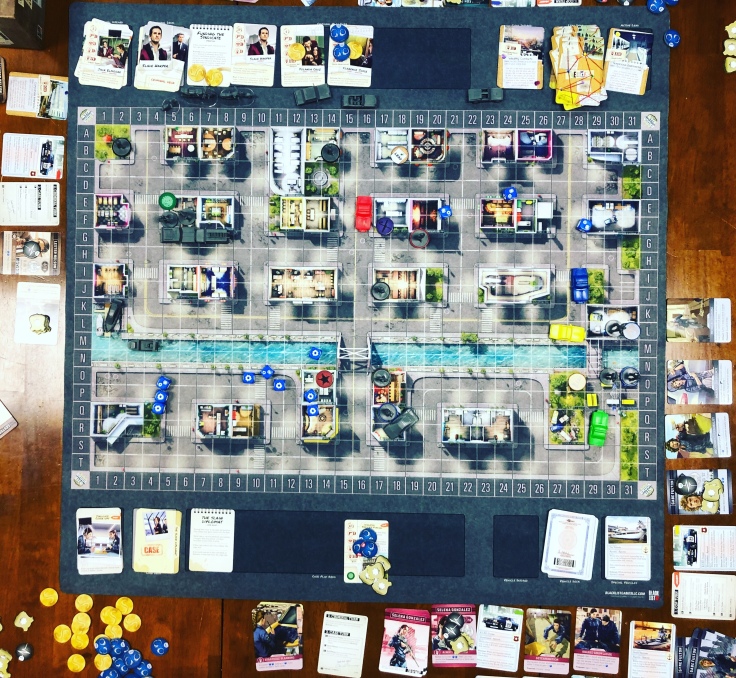 During set up, everything looked as good as I had hoped. The artwork is amazing and made me smile while talking about movies and shows we recognized, it really got me into the theme, the components looked decent enough for plastic minis, especially considering how many were in the game. I don’t know that we needed as many that were in the game. But I’m not going to complain about getting a lot of content.

I really struggled with liking this game when it came down to actually playing. I was completely uninvested after about 5 rounds. The game play is so simple, and most of the cards you’re drawing have little to no back story or information to keep you in the theme. For a game that should have had me feeling like a cop in a movie, failed to continue to do that past the initial officer pick. 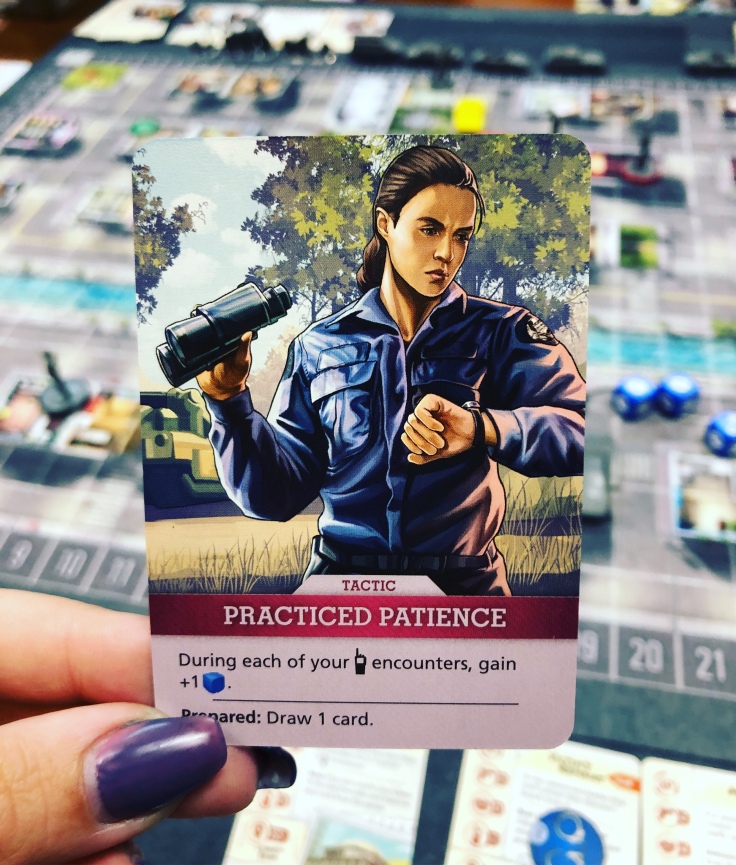 While there is some “puzzle” to figure out in the sense that you have to plan which action you take first, move, then play a card, or exhaust a card first then move, etc. It really all just comes down to rolling the same dice to meet or exceed a certain type of requirement on criminals that spawn on the board. There wasn’t any kind of interesting or different interaction with the different elements on the board.

Back to what is probably my biggest issue, or maybe why the first issue seemed so amplified was the time it took to play. It easily took 2-3 times longer to play than it ever should have and that is compounded by how it doesn’t scale well for higher player count. It just takes longer with more players as the objectives simply take longer to meet. The clues for instance, some would require 3, 4 or 5 “hits” per person.

It might just that it isn’t my kind of game. I have played plenty of games that spawn monsters, with asymmetric abilities and loved some of them.

I honestly think that had it not taken as long as I did I would have enjoyed myself more. I definitely would not recommend this game for more than 2 players because of the reasons mentioned. 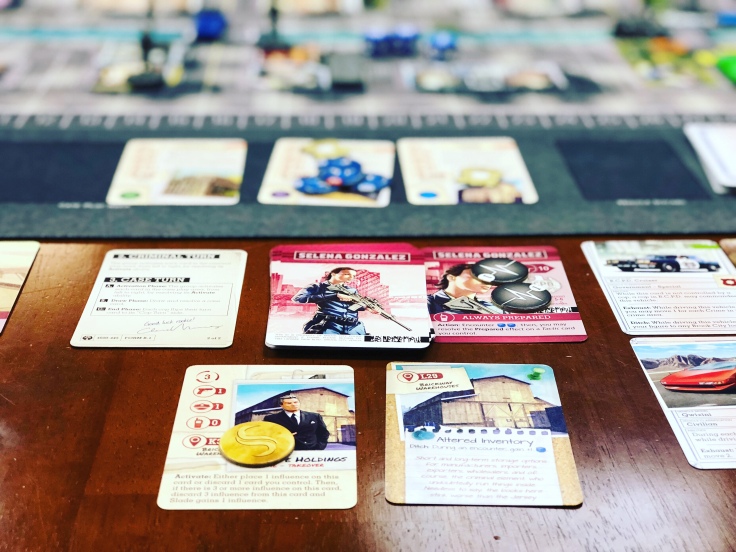 I can really see that a lot of care went into designing this game and can respect that. But it’s hard to get past a meh first experience. I might be willing to give it another go. If I do, it will be no more than 2 players.

What did you all think? Love it? Hate it? Let me know in the comments!